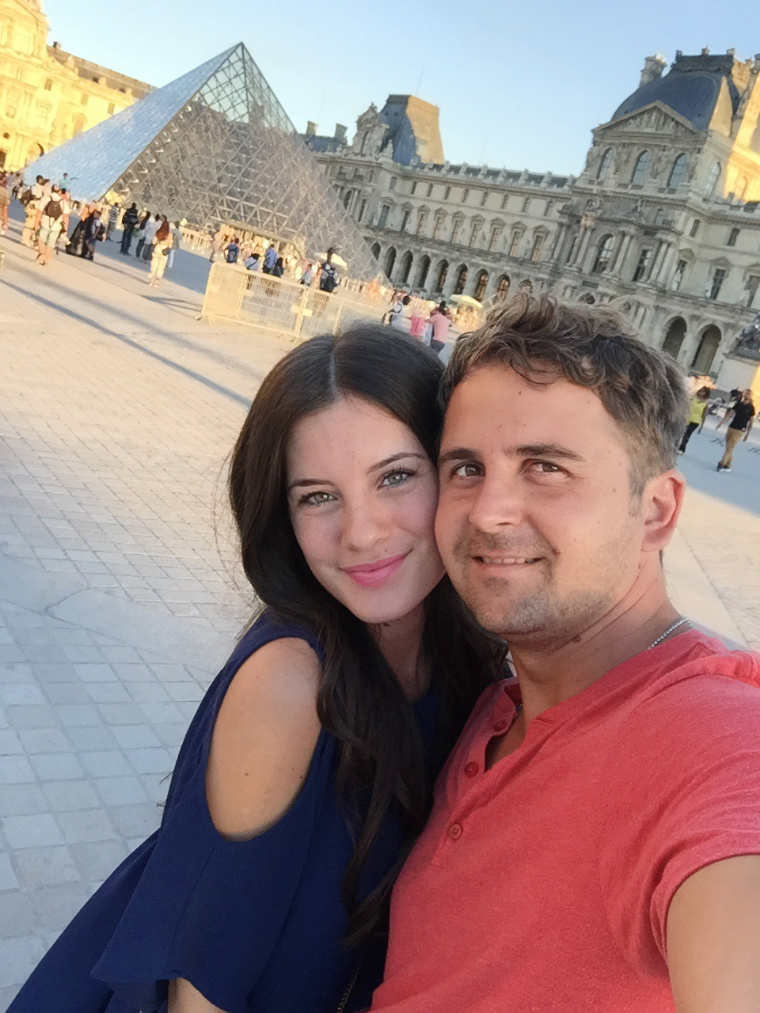 HAPPIEST VALENTINE’S DAY!!I’m so very thankful for you all! XO!

In honor of Valentine’s Day, I wanted to share 21 fun questions that I mixed from HERE & HERE to share a little bit about us! ENJOY!!

Who is more likely to get lost?
Me! I am the WORST at directions! I will somehow manage to get lost even with a GPS.

Who is more likely to leave their man/woman cave a mess?

Crown me for this one! We could make our home spotless & I can manage to get clothes, packages, papers, anything everywhere in less than an hour!

Who is afraid of heights?
Me. But I love ride roller coasters, and flying and all the “height” stuff. Sky diving… I get sweaty palms just thinking about it, but I don’t think I would say no if we got the opportunity.
Who controls the credit cards?
He has to! Or we would be in trouble haha! Insert all the Confession of a Shopaholic movie quotes here.
Who is a night owl?
Both of us. Neither one of us are morning birds that’s for sure! But if we’re up late, we’re usually chilling on the couch, not out and about.
Who is more of a dog person?
OMG ME! I have been wanting a golden doodle for the LONGEST time! And he’ll randomly buy me stuffed dogs for my birthday or Valentine’s Day and say “Here’s your dog” I need to be more specific.
Who is better at keeping surprises?
I love surprising him & definitely got him so good a few times! He has too, but he will sometimes tell me he has a surprise for me and will harass him until he tells me what it is before he gets to pull it off haha!

Who spends a longer amount of time getting ready for a night out?
When he grows out his hair, him. Otherwise me. Unless he says I won’t get ready on time, then you better believe I can go from “you’re not going out like that in public” to glam in ten minutes just to prove him wrong lol!
Who is an early riser?
What’s that?! LOL But really. We hate getting up early because we tend to stay up so late. When we do have to wake up early though and actually make it out of the house on time, we feel so accomplished!
Who is more of a party animal?
Him! He is wild! Haha! But really I was always so shy & quiet but those days were quickly over after we met.
Who makes the better breakfast?
He makes one killer breakfast burrito! Scrambled eggs, hash browns, avocado, cheese and all the goods! mmm!

Who has the better shower singing voice?
He can definitely sing, but when it comes to the shower, there is something about that acoustic echo that has me thinking I’m Carrie Underwood or something haha!

Who is the pickier eater?
He is! Although he has eaten all the meals I have made the past three years, so I must be doing something right! I’ll eat anything, but I’m the one that will ask for a kids chicken fingers at some fancy restaurant that I can’t even try to pronounce the names on the menu.

Who chose the honeymoon location?
I did most of the searching, but narrowed it down together. We ended up going HERE & it was incredible! If you’re looking for something low key, relaxing and don’t mind living in a castle for a week you must go there! We stayed in the castle one bedroom suite with indoor pool.

Who fell in love first?
He did! We were friends for years before we started dating and he had a crush on me for the longest time!
Who is more likely to fall asleep in front of the TV with the remote in their hand?
He is! My biggest pet peeve is having to wake him up off the couch because he falls asleep watching TV. He’ll say he’s coming & then fall asleep before he can even finish his sentence. It’s a task getting him to bed after he already falls asleep & I hate sleeping by myself.
Who is more of a daredevil?
He is! He has gotten better since we have been married, but some days I’m like oh, Lord please don’t make me a widow!
Who is more likely to be running late?
Both of us haha! This is probably something we struggle the most with! But it works out perfectly because if we plan to meet for lunch at say 12, we’ll both get there around 12:30 and neither one of us is waiting for each other haha!

Who is more stubborn?
I say him, he says me if that helps you get an idea.
Who takes up more than their half of the bed?
Haha! Me! He will purposely get in bed first sometimes just to make sure he has enough extra space for when I come all up on his side.